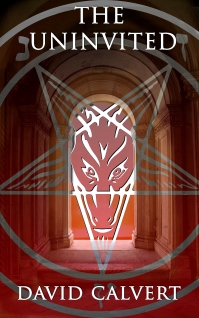 The book is an occult thriller set in modern times and deals with the possession of a young man, Henry Doggett, by a demon that is seeking to impregnate his wife Lisa in an attempt to procreate a human hybrid demon. To make matters worse for the young couple, the demon is being aided by an infamous biblical demon of renown.

At first they are unaware of their situation, since the demon inhabiting Henry makes no overt display of its possession. However, a set of photographs taken when the couple are on honeymoon, and subsequent images , show a persistent strange anomaly on them. Henry becomes curios and analyses them.  He soon realises that what he is seeing is an objectively real phenomenon.

Lisa takes the images to Lyudmilla Gorodetsky, a psychic, to see what she makes of them. She, in turn, passes the images on to her “gifted” niece Anya ,who is part of a covert sect of Russian occultist priests. They gradually come to the realisation that  they are dealing with a “Watcher” demon; a progenitor of the antediluvian “Nephilim”.

The couple are parted to prevent Lisa becoming pregnant to the demon, who is using Henry’s body to achieve its goal. Henry is packed off to the Ural Mountains to a monastery where the demon can be exorcised, but the Catholic rite of exorcism is unsuccessful and the chief exorcist, Father Vereshchagin, soon realises that in order to expel the demon he must perform a dangerous occult banishing ritual. In the interim, two demonic murders ensue. 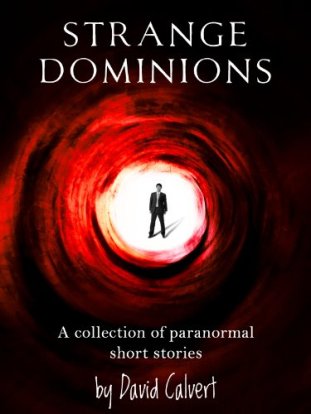 I read my first customer review of Strange Dominions today and it was very encouraging. He called it a real page turner, stating he couldn’t put it down. He particularly liked the unexpected twists in the tales.

He gave me a five star rating for the book and finished with the comment that he wanted to read more of my work. I have since received several other glowing reviews.

Strange Dominions has now jumped to 8,075th position on the bestsellers list. The 100 bestsellers target is now in sight.

In a recent popularity poll, Strange Dominions was placed in the #3 spot in the paranormal fiction genre.

3 thoughts on “The Uninvited: An up-and-coming novel.”