Throughout recorded history dreams have helped shape the destinies of great nations, have been instrumental in expanding self-awareness, and have changed the lives of the great and lowly alike, proving themselves to be both prophetic and powerful. It has been calculated that we sleep away a third of our day on average, and that if we live to the age of 75 we will have slept for an incredible 25 years and dreamt for 10 of them.

Though times and human cultures may have changed, our fascination with dreams has not. In the palace ‘dream halls’ of Japanese emperors – long before the emergence of Buddhism – could be found the Kamudoko, a polished stone bed on which the emperors would lie to seek enlightenment from the gods. And every Roman Legion had a soothsayer – a priest who would be called upon to consult the oracles and shrines. He would interpret dreams to see if the omens boded well. The soothsayer was every bit as important to legionnaires as their weaponry and battle tactics.

Arguably, it was in ancient Greece where dream study truly began to flourish. They erected magnificent ‘dream temples’ solely for the purpose of analysing and 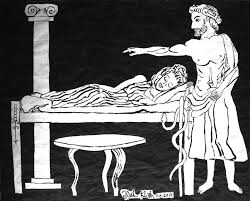 interpreting dreams. Among the philosophers of the time were Aristotle and Plato who believed that man himself was the true source of dreams, and not the gods. Their notions have persisted over the centuries, becoming popularised in the writings of psychoanalysts, Sigmund Freud and Carl Gustav Jung. They also believed that dream content was in some way derived from personal experience – a premise on which contemporary opinion is based.

There are many schools of thought concerning dreams and their interpretation. Freud

thought that sex played a significant role in our dreams, because it is a powerful driving force and has an important role in our everyday lives. In our waking lives sex is repressed by social restrictions and conventions. In our dreams, however, there are no such restrictions. Adolescent males frequently experience frank sexual encounters in their dreams. These are commonly referred to as ‘wet dreams’ because they invariably result in orgasm. Jung recognised, however, that other deep desires drove man.

Clinical studies have proven that we all dream, even animals. Rapid eye movements (REMs), the movement of the eyeball beneath the closed lids, are a sure fire sign that an individual is dreaming. Awaken someone during REM sleep and they will instantly 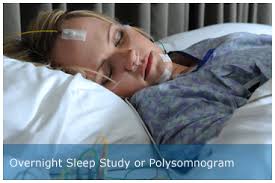 recall their internal visions. REM sleep occurs about five times over and eight-hour period and follows a period of deep sleep. Why then do some people claim they never dream? The answer is twofold. Either they simply don’t remember their dream, or they are being censored because of their content. After all, dreams are a true expression of whom and what we are; including those desires we care not to admit to.

It is now accepted that during dream-sleep all the things we experience seem real to us because the same information transmitters (neurons) in the brain, which process actual waking episodes, are also at work during sleep. At the same time the brain disregards, to a certain extent, real world distractions, making our dream world one of virtual reality.

Nowhere is this virtual reality more striking than in the lucid dream. The lucid dream is as vivid and real as it gets. At some point the sleeper becomes aware they are dreaming. If they continue to dream whilst in this state of awareness called ‘lucidity’ they can control and steer it in whatever direction they choose. Many problems can be overcome by lucid dreaming. Creative people such as writers get their best ideas from dreams. However, ordinary dreams are subject to half-remembered fleeting images and cannot be summoned on demand. The lucid dreamer can call on any scenario they wish, can play with ideas, and combine conscious elements into their dream before allowing the subconscious to take over.

No one knows why spontaneous lucid dreaming occurs. The brain is supposed to be unconscious during sleep. Clearly, something goes wrong that allows a measure of consciousness to take over. People have used this ‘mistake’ of the brain to their advantage by developing techniques to deliberately induce it.

False awakening dreams are relatively common and are frequently confused with lucid dreams. At some point in our lives we have all experienced a false or multiple false awakening. The alarm wakes you up. You get up, shower and have your breakfast before setting out for work. You may even experience a full working day before you suddenly realise that you are in fact dreaming. Though the false awakening shares the same ‘clarity’ as a lucid dream the difference is that you are unaware you are dreaming and as such do not have the same level of control as in the lucid dream.

Nightmares can be very distressing to individuals. We have all experienced them at one time or another. They happen less frequently in adults than in children and occur during periods of REM sleep, as opposed to night terrors that occur during NREM (nonrapid eye movement) sleep. Nightmares are characterised by certain physiological responses caused by a feeling of fear, such as increased pulse rate and body sweat. There is no single cause for nightmares. Sometimes physical and/or psychological factors are involved in their creation. Feverish illnesses can certainly cause them, as can the medicinal drugs used to combat the illness. Unusual stress or trauma can also bring them on. Other than for an interrupted sleep, and feelings of irritability, anxiety and depression the following day, nightmares very rarely cause physical harm to the experiencer. There are, however, certain successful visualisation techniques that can be used to ‘neutralise’ nightmares. Lucid dreaming is one such technique.

Dreams deal with emotion. However, not all emotion causes dreams. It is unexpressed emotional arousal in the waking state that causes us to dream. For example, a disagreement with your boss, in which you are unable to vent your true feelings of anger toward him, will probably be enacted in a dream. The dream will take the form of a metaphorical scenario that parallels the real-life experience. In it your boss may be symbolised by a terrible ogre whom you attack and vanquish, thus allowing full expression of your anger. If you continue to ruminate angrily over the same issue the brain will try to solve the problem the same way and will create a repetitive dream in order to do so.

The re-enactment dream is among the commonest of all dreams and is said to be caused by the thoughts in our heads prior to falling asleep, suggesting they are pragmatic in nature. Yet dreams do far more than merely reflect life. When viewed from a subconscious perspective even information can be assessed differently. 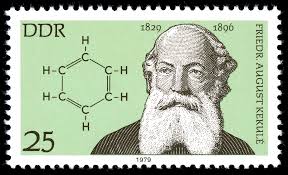 What once seemed an insoluble problem for the German-born scientist; August Kekulé became clarified after a dream. He was pondering over the molecular structure of benzine when he dreamt of a snake swallowing its own tail. From this he realised that if the carbon and attached hydrogen atoms formed a ring the problem of the benzine’s structure could be solved. This 19th century discovery eventually leads mankind into the era of the motorcar and aeroplane.

These dreams are as diverse and as complex as life itself and can offer us insights into who we are, into our hopes, fears and problems. Many possess certain logic and can be explained in such terms. However, a small proportion continues to defy scientific rationale.

On October 21st, 1969, in the Welsh village of Aberfan, 140 people died when half a million tons of coal waste swept over them. Among them was nine-year-old, Eryl Mai Jones who, on the previous evening, told her mother of a strange dream she had in which she saw something black cover her school. 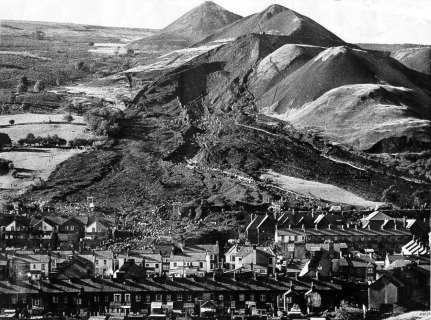 She wasn’t the only one to predict the disaster. Many others are on record as having done so. Because of it, and several other incidents, several bureaus were established. All were dedicated to collating such premonitions in the hope that one day disasters like Aberfan could be avoided. Unfortunately, they did not prove practical.

We have seen from the foregoing that there are many types of dreams, each is rich in symbolism that is tailored to meet the individual’s needs. The old adage, “One man’s meat is another man’s poison” is an apposite description when considering how to interpret the symbols in a dream. For example, lightning may engender fear in one person and cause exhilaration and awe in another. Clearly then, it is the dreamers waking life perception of the phenomenon which colours the interpretation of the dream.

One Interesting aspect of symbolism is that of dream metaphors and puns. The term “for the chop”, for example, indicates losing one’s job. Anyone experiencing this unenviable situation might well dream of being beheaded. And being called “as thick as a plank” may cause an individual to dream of carrying around with them a stout length of wood which they are unable to put down. Such dream metaphors and puns are the subconscious’ way of getting a message across to the dreamer in terms they are familiar with.

In his landmark monograph The Interpretation of Dreams, Freud emphasised dream analysis as a means to unlocking the unconscious mind, which he suspected were composed of repressed psychological material. Modern-day psychoanalysis dream interpretation, however, has seen a fall in popularity. That not withstanding, there is still a body of literature that supports dream interpretation, and continues to provide an influential therapeutic focus. 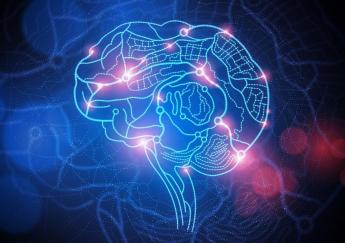 At present, there are two prevailing theories about dreams and their relationship with psychoanalysis: the neurophysiologic theory, and the activation-synthesis theory. Nevertheless, neither of these theories has been fully accepted as yet. The human mind is perhaps the single most fascinating mystery man has ever tried to decipher and may never be fully understood for, like man himself, it is in a constant state of evolutionary change and adaptation.