I came across this and another image on my BT news page. It professes to show a disc-

shaped UFO over the Severn Beach in the UK. The image was taken during a family walk along the beach by Bristol mum Fiona Powell.

It was only when she looked at the image later that she noticed what appears to be an indistinct black disc-shaped object in the upper right-hand corner.

Fiona, who took the photo on Tuesday, February 9, 2016 said: that she was undecided whether she believes in Aliens or not, and went on to add that ‘the photo certainly meets the criteria of a UFO’.  “I have shown the photo to a few sensible friends and they all think it is incredible,” she added.

At first glance, it is easy to see how one might reach such a conclusion. However, there are certain factors at play regarding the following image which need to be addressed, not least of which is pixilation. 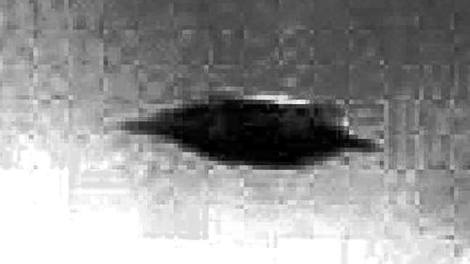 Below is the original  image, containing my annotations and observations. It brings into sharp focus what the object actually is.

Conclusion: Misidentification of a common crow.