The basis of this theory is that there exists within the population – as the clinical studies of Albert Budden have shown – individuals who have the propensity to undergo realistic and vivid hallucinatory/visionary experiences associated with specific clinical parameters as a result of being exposed to fields from a variety  of sources of electrical and electromagnetic (EM) pollution in the environment ( see diagram). Under prolonged exposure to EM field irradiation, the electromagnetically hypersensitive percipients’ brains become electrically destabilized and they experience hallucinations as visual seizures and show signs and symptoms typical of  epileptiform states. These consciousness effects have come to be known as “alien contact” , or “abduction” experiences (CE IIIs and CE IVs respectively).
Budden’s studies have shown that such experiencers have developed an environmental sensitivity syndrome (ESS), including electrical hypersensitivity brought on by synergistic conditions in the environment which include major electrical event exposure (e.g., lightning strike proximity, electrocution, ball lightning, earth lights, corona discharges, etc.) and subsequent ongoing electromagnetic hotspot irradiation. Their sensitivity to environmental electromagnetic energies is what produces acute end states such as hallucinatory/visionary perceptions, including those formerly identified as psychic experiences, and latterly, interactions with extraterrestrials.
The dramatic and relatively sudden advance and proliferation of  electronic communication systems using radio frequency (RF) and microwave fields may well be instrumental in the production and exacerbation of  EH consciousness effects in the population.
Most importantly, Budden noticed that these experiences were set within the context of a consistent cluster of physical signs and symptoms, which were indicative of recognisable clinical effects and conditions including sensitivities  such as food allergies and chemical intolerances. Combined with psychological stress, which also induces adverse chemical changes in the body, it is instrumental in producing a breakdown of the bodies regulatory systems. This physiological dysfunction may lead to an intolerance threshold in nutritional, chemical and electromagnetic terms, known as the “load phenomenon”. Budden recognised, too, that if it were  true, the identification of such conditions could become a method of filtering out the hoaxes and fantasies from genuine cases.
In close encounter events individuals who have reached critical sensitivities may exhibit bizarre conscious effects when exposed to natural and man-made field emissions such as ball lightning, antennae/pylons, earthlights, etc. They are triggered to experience visionary, hallucinatory and emergent consciousness effects as shared hallucinations and/or veridical experiences which give information about the load phenomenon and/or body’s sensitivities/weaknesses in symbolic form.
Others may even share the “abduction” event. Emissions of personal fields, resulting from the allergic responses by the main EH focus/witness, can induct others into shared hallucinations when such personal fields merge with an ambient field that encloses all parties. The interpenetrating electrical medium links the nervous system of secondary witnesses to that of the EH focus as an induction effect.
The evidence of this theory is taken from control samples and actual case studies. The control samples were chosen on the basis that they were not subject to electromagnetic pollution and did not live in locations with raised levels of ambient fields (hot spots). Also absent were major electrical events in their lives, food allergies and chemical sensitivities. When compared with the study group, preliminary results showed that subjects who had not undergone a major electrical event did not develop electrical hypersensitivity or subsequently perceived formed figures, alien contact/abduction experiences etc., unlike the study group.
It  is hoped that the following example will provide the reader with some insights as to the correlations presented.
‘The Yorkshire Girl’

Since the age of sixteen Jane has reported repeated contact with aliens. Sometimes this takes the form of abduction into a “spaceship” that appears in the fields at the bottom of her garden, and at other times they appear in her bedroom at night. She describes them as tall with very large eyes, and during an ‘abduction’ episode, as she lay on a table, one of them had sexual intercourse with her. During the same episode, she saw some female aliens drinking something  from cups, and when she asked for a drink also, was firmly refused. She was also led to a table on which were a number of coloured sweets, and when she ate one, was severely admonished by an alien who told her that she should not eat them. About a week after this experience she developed a vaginal infection that was successfully treated at a local hospital.

At the age of sixteen, Jane watched an orange ball of light circle her house, causing interference to the radio. This may have been a geologically produced earth light. Such aerial lights (termed electroforms) have been reported in association with power lines, a row of which ran across the bottom of her garden. 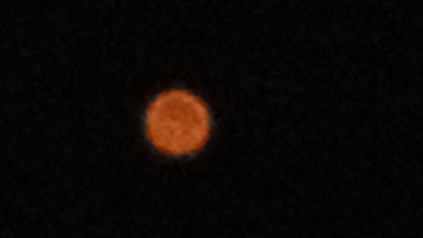 It evidently irradiated the house interior causing radio interference via power surges, and would have constituted a major electrical event. A major radio frequency (RF) antennae is positioned on a hill overlooking the house about 800 metres away. Her vaginal infection turned out to be a fungal overgrowth of candida, which is fed by the presence of sugar in the body, and her abduction experience include an aspect that indicated that she should not eat sweets. It is also relevant that she developed an acute and sudden allergy to sugared coffee. which made her vomit. This appears to have been represented by the depiction of the group of female aliens drinking from coffee cups, from which she was firmly barred. She also suffers chemical sensitivities, including an intolerance to domestic gas, and watches very little TV, as she seems to be sensitive to the fields it emits.

The sexual overtones she experienced during her abduction could have been induced by the septal area of the brain. Such responses have been induced under clinical conditions by neurologist Wilder Penfield, et al, by electrical stimulation of that area of the brain. However, with EH subjects no contact is required and EM fields from transmitter and/or pylons can induce a variety of hallucinatory sensations depending on the part of the brain in which focal seizures are initiated. This stimulation would cue appropriate imagery within the visionary drama, and in this case certainly seems to have induced the ‘alien intercourse’ sequence in combination with the presence of vaginal candida, which in physiological terms is also alien to the body.

Proponents of the extraterrestrial hypothesis (ETH) appear unwilling to accept any alternative explanation for the phenomena under study. However correlations indicate an extremely robust effect, which soon become self-evident when investigated openly according to outlined parameters.