Over one hundred and fifty years ago Franz Anton Mesmer (1733-1815), the modern father of hypnosis, attempted to raise the art of hypnotic suggestion to the level of practical science but, like many of his successors, he maintained a mystic attitude toward the problem as far as serious study of the field was concerned. 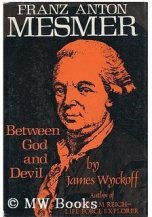 As a result hypnotism acquired a bad reputation that persisted during many years and still is not completely dispelled. Its later utilisation by charlatans made the serious study of the phenomenon less reputable. Honest men were extremely wary lest their sincere interest in it brought them into disrepute.

Thankfully, under the pressure of expanding knowledge, all pressure collapses and hypnosis had found acceptance into the family of approved sciences. It has opened new vistas for research and practice. As research gains in courage and depth the theoretical and practical discoveries awaiting us are likely to transcend our best hopes. In the words of M. H. Erickson (1932), “The first and last words which can be said of hypnosis is that it is the most interesting and most profound of all psychological material …”

First used in 1962 on the Betty and Barney Hill case, hypnotic regression is the 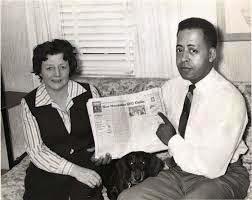 technique widely used in assessing abductions as the hypnotist regresses the individual back to the time of their alleged abduction. Theoretically, if the individual is genuinely regressed to the time period in question then a variety of psychological and physiological functioning should be reinstated. In other words, the subject will relive the event and display the attendant physical and psychological trauma pertaining to their original encounter.

Since the Hills’ abduction, however, it has been debated as to whether these 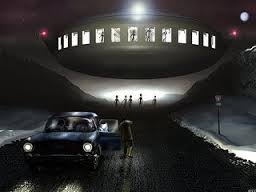 memories are recalls of actual events or are the product of pseudo memories (an effect that escalates with increased pressure to recall), the product of false-memory syndrome (the influence of the hypnotist’s suggestion during the course of therapy), or fantasy proneness (the ability to hallucinate voluntarily and have imaginary experiences that are as subjectively real as non-fantasised events).

Jenny Randles, and others, are highly suspicious of hypnotic regression techniques used to extract evidence of alien abduction. Indeed, she was instrumental in arranging a moratorium for the British UFO Research Association (BUFORA) that banned its use. She considers regression hypnosis as inherently dangerous.

If hypnotic memory in general is suspect, then hypnotically retrieved memory of abductions must also be suspect. This assumption, however, depends on the extent to which the experimental situation is comparable to that associated with the abduction experience. Abduction memories are characterised by dynamic, emotionally charged events that instil trauma, fear, anxiety, confusion, and anger. What is more, they are characterised by events so unusual as to be outside the range of normal human experience. However, the majority of laboratory research has used static and neutral source material.

Whilst some studies have used more relevant materials for retrieval such as stress inducing stimuli, or simulations of emotionally charged events like accidents or crimes, the results of which are entirely consistent with those using more mundane materials, they still fail to duplicate the quality of “strangeness” of abduction experiences, or the range and magnitude of emotional states associated with reported abductions. 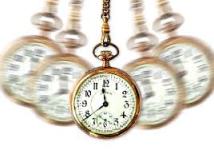 Whatever causal extent hypnosis plays in false experiences of alien abduction, its potential should increase as a subject’s susceptibility to hypnotic suggestion increases. However this was not borne out by Rodegehier, Goodpaster, and Blattbauer (1991) when they assessed a group of abduction experiencers for hypnotic responsiveness. The group’s ability to vividly imagine suggested scenes, the authors found, were no more susceptible to hypnotic suggestion than the general population.

Spanos, Cross, and Dubrieul, (1993), applied the Carleton University Responsiveness to Suggestion Scale on their experiencer population. The scale measures three dimensions of hypnotisability: number of items to which an appropriate response is made, extent to which the subjective effects called for are experienced, and the degree to which subjects’ responses are perceived as involuntary. They concluded that their experiencer population was no different from the controls on any of these measures.

Thomas Bullard (1994), in a survey of investigators and mental health practitioners, found that “nine out of ten respondents stated that many or most of their abduction experiencer subjects are easy to hypnotise”. This position, however, is not supported by formal tests of hypnotisability. The subjects may be highly hypnotisable in sessions dedicated to exploring their abduction experiences, but they are not highly hypnotisable per se. This may not be as paradoxical as it seems. It may be, as Orne, Whitehouse, and Orne and Dinges (1996) have argued – that the combined effects or relaxation, therapist-hypnotist validation, and repetitive probing create a situation in which “Individuals can be considerably more affected by hypnotic procedures and their behaviourally anchored ratings of hypnotic ability would suggest”.

It may well be that something about the abduction experience itself makes it particularly susceptible to hypnotic procedures – hence the discrepancy between hypnosis scores and the ease in soliciting abduction accounts. Research in this area has already identified several factors that may contribute to the situation:

Thomas Bullard (1989) wrote a compelling paper in the Journal of UFO Studies in which he examined the role hypnosis might play in the recollection of supposed alien abduction. He compared abduction accounts under hypnosis and non-hypnosis to see if the hypnotic procedure brought out similarities using different hypnotists. He generated a sequence of events, which appeared common in abduction accounts and compared his accounts with them.

The sequence compared against was:

He also examined the role of the hypnotist to see if they followed the six criteria when examining their abductees:

From the examination of the hypnotists, only one, Benjamin Simon, actually filled all 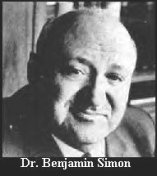 six criteria. He helped Betty and Barney Hill examine their supposed abduction. Initially Simon was never convinced that the case had an ounce of reality, believing that it was a shared fantasy. Transcripts show that he tried everything to trip them up under hypnosis but never succeeded. Only one other hypnotist, Donald Klein, came close, filling five of the criteria.

From dissecting the reports of hypnosis and non-hypnosis accounts, some striking similarities emerged. On the basis of his findings in 1989, Bullard concludes that “The form and content of abduction stories seems independent of hypnosis”, In a more recent study (1994) he concludes that hypnosis is a significant factor in regard to the quantity of material “recovered”, but not in any direct way to the content. He went on to state that the alarm over hypnosis is a false alarm.

Experiments have shown that hypnotically retrieved memory is often unreliable. However, the degree to which this research can be generalised to the kind of experience reported for abductions is not completely know, and some experimental evidence may actually be consistent with enhanced memory retrieval for this type of experience.

Certainly, this does not imply that investigators or mental health professionals can be casual about the use of hypnosis, or that hypnosis can be exonerated as a causal factor in abduction cases. Also, to dismiss hypnotically retrieved abduction accounts on the basis of what amounts to incomplete research is equally premature.

Simulations of the abduction experience conducted by A. H. Lawson, in which he asked hypnotised subjects to describe events associated with a suggested close encounter with a UFO, showed significant similarities between their imagined events and those of real abduction experiencers. Considered as the only direct test of the role of hypnosis in the abduction experience, sceptics widely cite this study as evidence for the dismissal of hypnotically retrieved memories. Conversely, ufologists (Bullard, 1989) have criticised it because of its methodology, conclusions, and generalisability. Each of these studies could, without doubt, benefit from tighter methodology and closer examination of the content and frequency of the generated reports. For now, however, they suggest that elements of the abduction experience are found in the imaginations of the non-experiencer population, and that consistency in abduction accounts is becoming more difficult to justify as evidence of veridicality.

To date there is no real tangible evidence to support the use of hypnotic regression in proving the veridicality of alien abduction accounts. But is it possible we have 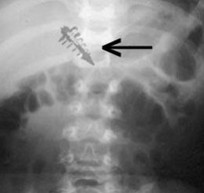 overlooked a potentially rich field of study in this regard – that of alleged alien implants? Perhaps regression studies conducted on experiencers for the sole purpose of retrieving one or more alleged alien implants from their bodies would come some way to validating their stories. Would not the discovery, removal, and study of such implants, revealed under hypnotic regression, constitute evidence of veridicality, thereby supporting the continued use of hypnosis in alien abduction accounts?

Blankfort, Michael (1932): ‘Why We Don’t Know Much About Hypnosis’. Journal of Abnormal and Social Psychology

Zelig, Mark & Beidleman, William B. (1981): The Investigative Use of Hypnosis: A Word of Caution. International Journal of Clinical and Experimental Hypnosis. 29, 401-412.